The bums are back and we got so excited screening the first batch of this year’s ski movie trailers that we couldn’t help but share them with you guys! It may be a bit early, but what better way to celebrate the days getting shorter and rapidly approaching arrival of Our favorite season! 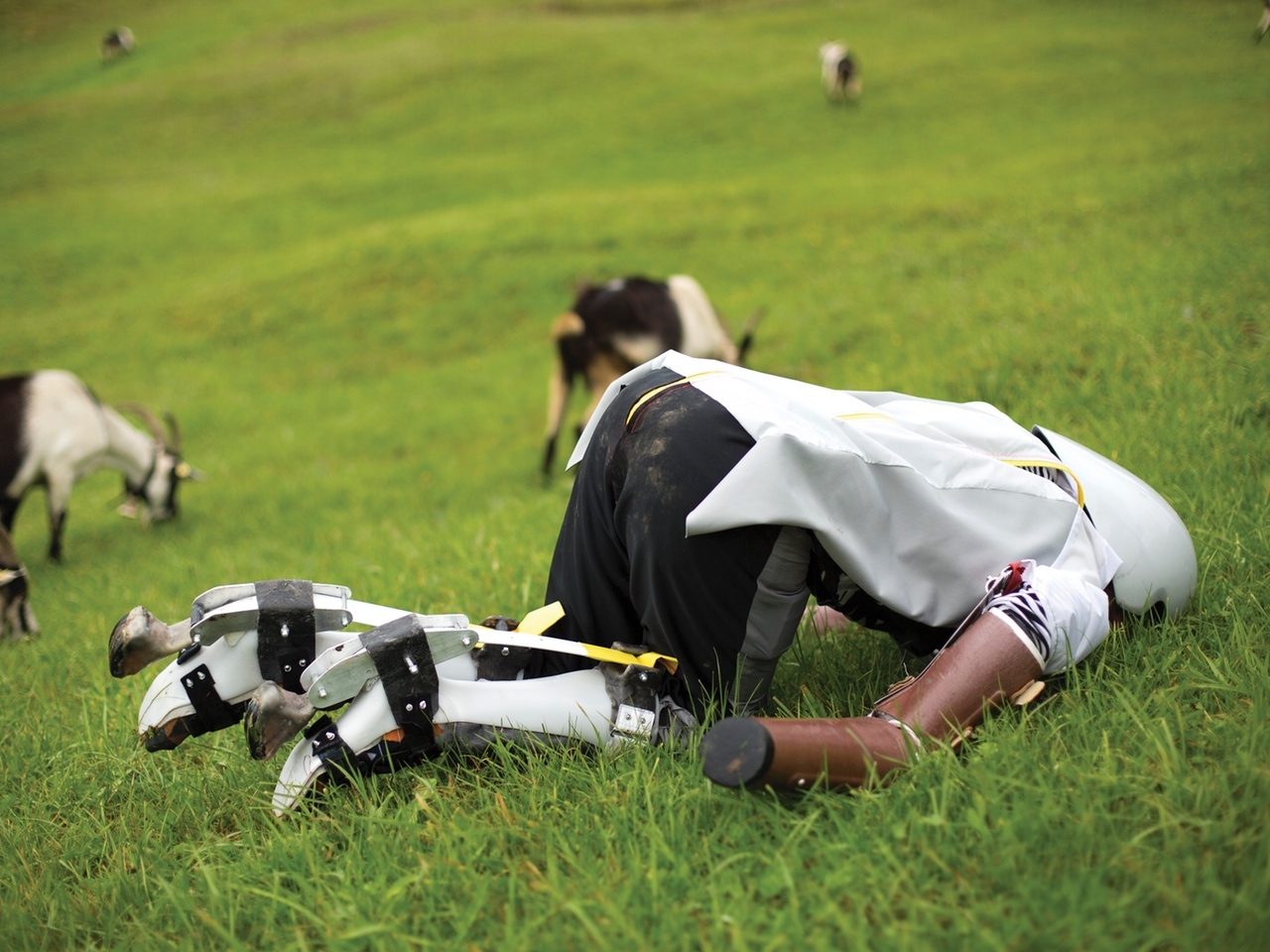 “Thomas Thwaites is currently investigating what it might be like to live as a goat. He commissioned prosthetics for his arms and legs so that he could walk, as comfortably as possible, on all fours. He considered constructing an artificial rumen that would digest grass for him to consume, using actual gut bacteria found in goats. He consulted with a behavioural expert on goats, and even watched as a goat was dissected, to learn more about the animal he wanted to be.

But the best part is that Thwaites also arranged to live as a goat for a few days on a goat farm in the Swiss Alps amongst actual grazing goats.” (motherboard.vice.com)