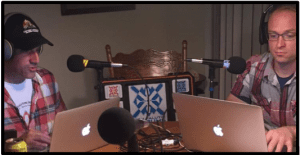 High Falutin Ski Bums is a weekly podcast embracing the snow industry, luxury living, and common dreams of living a ski bum life. Shows focus on skiing, snowboarding, the snow industry, marijuana legalization, interviews, and strange, interesting stories – the kind of stories you share with your friends and family when you’re on a ski or snowboard trip. That’s why we like to say it’s “Your Weekly Audio Ski Trip.” This informative and entertaining show is hosted by creators Brian and Mario.

The inception of the show began after countless drives from New Jersey to Vermont for ski weekends when Brian and Mario would chat about a wide range topics. Months later, these two bums just decided to start recording and the podcast was born. It is about their love of skiing and ski culture that they share with listeners with their own flavor, opinions and experiences added for a great show. 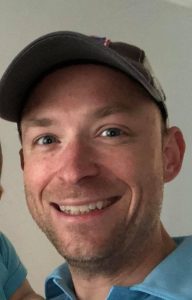 Growing up in New Jersey to frugal immigrant parents with minimal athletic ability, Brian didn’t have a ton of exposure to skiing. Sure, there was the occasional school trips to Shawnee Mountain or Mountain Creek, but it wasn’t until Brian was an actual grown-up and began dating a phenomenal skier that he got to go on a proper ski trip and experience real ski culture.

Nothing has been the same since that trip to Lake Tahoe. Since then Brian has been completely obsessed with skiing and trying to live that ski bum dream, having skied all over the world, from local hills in Pennsylvania and Vermont to Jackson Hole to Telluride to Zermatt to Ischgl, Austria. 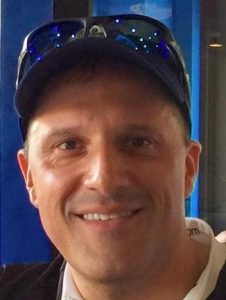 Growing up on Long Island didn’t Mario’s lifestyle didn’t allow for much snow skiing, but after meeting up with new friends at college in Buffalo (NY), he took to skiing at age 18. Nicknamed affectionately as ‘Cannonball’ by his friends, Mario was great at skiing into everything on the mountain. With much determination and pain, he eventually learned how to turn, stop, and ski with some degree of skill. After humble beginnings of night skiing and small mountains around Buffalo (NY), Boone (NC), and Vernon (NJ), he’s since moved on to ski all over the US, Canada, and Europe. Originally living in NJ near Brian when the podcast started, Mario is now living in sunny FL traveling to exotic ski destinations wherever the snow calls him.

We share our drinks of the day as apres (after) ski ritual that we’re used to after a long ski day. Now that translates into apres anything as we share our thoughts on craft beer, whiskey, bourbon, wine, or anything we decide to drink during our podcast.

We keep it fresh whether it’s an interview, interesting topic, or just the bums shooting the breeze.

Offbeat news and interesting stories help wrap up the podcast.

Episodes are taped and released weekly with the run time of about 60-90 minutes long.

Where to Listen and Watch

Friends of the Podcast

One thing you realize when you start a podcast is how many like-minded people are out there and we’ve been fortunate enough to connect with some of them. Here’s the list of some of our pals…

Manage Cookie Consent
To provide the best experiences, we use technologies like cookies to store and/or access device information. Consenting to these technologies will allow us to process data such as browsing behavior or unique IDs on this site. Not consenting or withdrawing consent, may adversely affect certain features and functions.
Manage options Manage services Manage vendors Read more about these purposes
View preferences
{title} {title} {title}
Shopping cart0
There are no products in the cart!
Continue shopping
0